The Aquatic Adventure of the Last Human

The Aquatic Adventure of the Last Human is a metroid-vania style game which focuses heavily on boss battles and exploring. You play as the last human, returning to Earth from a failed space mission, only to find out that the Earth is completely submerged and humans are extinct.

The focus of this game lies in exploration, story and boss battles. It is up to the player to determine if the ruins of our species is a travesty or an inevitable conclusion.

In the far future humanity is no more. The Earth has been flooded for centuries and without humans the wild-life is thriving.

Take control of the long lost space ship-submarine hybrid Argo 9 on a spectacular adventure to a not so familiar home world.

The story is told through the surrounding visuals. A lot lies in connecting dots and looking at the environment. Some extra information will be through holo-tapes, which is a form of semi-physical cloud information. Imagine it as fragments from an internet based consciousness. Since there are no humans to maintain any technology left the only things left working are automated machines that have stayed in power through the central power line that leads to the facility.

Water rose by an unpredictable amount due to climate change. The sun started losing power and the Earth's surface froze over. Humans were forced to live underwater, where they could still harvest energy and grow food, changing how cities and districts looked. As resources began to dwindle in the year 2971, sub-aquatic spaceships were sent to a nearby worm hole to look for habitable planets. Things did not go as planned.

Different areas have distinctly different feelings to them; both the music and the natural environment is thoroughly thought through to fit the setting. Players can recognize different areas based on their appearance and atmosphere so that they can create a complete picture of the world.

In the spirit of classic metroid-vanias the game-world will open up as one unlocks new upgrades. There will be about 10 upgrades that can be found, for example:

Weapons and tools are concrete and definitive. They feel intuitive and natural in their uses so progression is not halted by overly complex mechanics.

The Harpoon is the primary method of causing harm. Get up close and personal; you can spam the spears. Stay back and out of danger; slow precise charged shots.

Boss battles differentiate the exploration moments with the action moments. There are nine unique bosses, each with different attacks and ways to kill them.

As one kills the fish and sea creatures a monster log is unlocked and the player will be able read about them and their story as well as see a more detailed picture of each boss.

Add a photo to this gallery 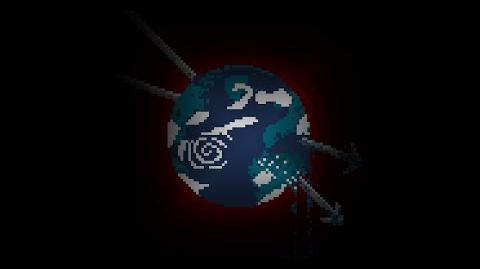 Retrieved from "https://the-aquatic-adventure-of-the-last-human.fandom.com/wiki/The_Aquatic_Adventure_of_the_Last_Human?oldid=111"
Community content is available under CC-BY-SA unless otherwise noted.